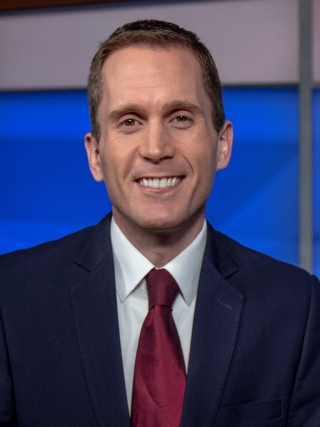 A Midwesterner at heart, he’s glad to be back in this part of the country after working at television stations in the southern United States.

Aaron was born and raised in northern Indiana, where he grew up on a farm. He graduated from Vincennes University with a degree in broadcasting and has worked for television stations WLFI-TV, WXIN-TV, WZDX-TV and WGXA-TV throughout Indiana, Georgia and Alabama.

While he’s not on the news desk, Aaron enjoys spending time outdoors, trying new restaurants, exploring local attractions and spending time with his family. Aaron is passionate about rescuing animals and even adopted a pitbull named Duke.

Aaron welcomes your feedback, story ideas and news tips! You can reach him on Facebook and Twitter. You can also email him at acleedy@sbgtv.com.