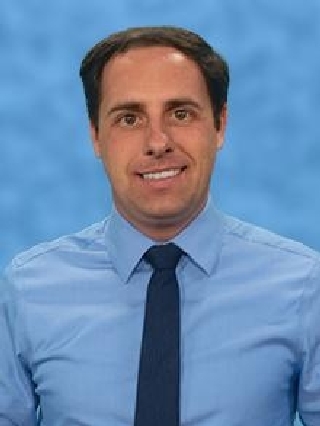 Eric Zernich grew up in Cincinnati, where the weather changes by the minute, going from sunny and 65 to snowing the next day. Eric went The Ohio State University where he graduated with a bachelor’s degree in Atmospheric Science. Eric bleeds scarlet and gray and can be found during football and basketball season cheering on the Buckeyes at local sports bars throughout Toledo.

He got his first television job at WXVT in Greenville, Mississippi. For the first 2 years Eric was the weekend meteorologist/reporter. Eric was then promoted to Chief Meteorologist at WXVT for the next year and a half. During his time at WXVT Eric was also a part of Breaking Greenville, a national reality show on TruTV, following him and others at his station showing the struggles of news personalities in the smallest of TV markets.

After WXVT Eric got a job at KATC in Lafayette, Louisiana where he was the weekend meteorologist. During his time in Lafayette Eric covered Hurricane Barry, Tropical Storm Cindy and Tropical Storm Olga. He also covered Mardi Gras and other local festivities and events.

Eric is excited to return to the Buckeye state and be closer to his family and college friends. When he is not forecasting the weather Eric can be found exploring the Metro Parks with his dog, Comet. If you see Eric out in town make sure to say hi and welcome him to Toledo and Northwest Ohio.