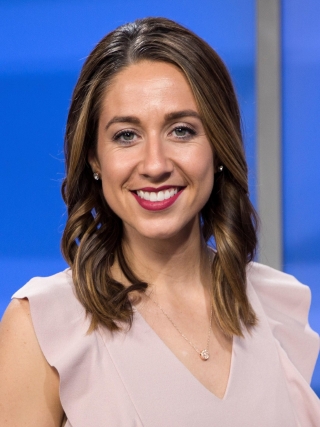 Before joining NBC 24, Jamie was the main anchor for ABC 29&8 in Traverse City, Michigan. It’s true, northern Michigan winters are no joke, but the summers are to die for! She enjoyed her three and a half years in the Cherry Capital of the world, soaking up sunshine and splashing in Lake Michigan. She actually started as a reporter there and moved up through the ranks.

The mitten native is no stranger to travel. She’s been across the country and even around the world. Jamie has worked in Germany, studied in Spain, and splashed in the Persian Gulf. She’s always looking for the next adventure.

When she’s not at work, you can find her exploring – whether that’s the great outdoors or the best places to eat! She loves taking pictures. Very rarely will you find her without a camera. It’s Jamie’s passion to find beauty in everything, from nature to portraits, to telling your stories.

Family and faith are very important to Jamie. Being an aunt is one of her biggest joys.