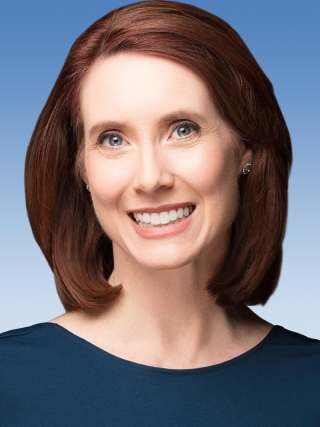 Kristine Frazao is an Emmy Award winning journalist, working as a National Correspondent for NBC 24 News. She works out of Sinclair's DC Bureau, just footsteps away from Capitol Hill where she covers Congress, The White House, terrorism and other national issues. Her stories often focus on government accountability, especially waste, fraud and abuse of taxpayer dollars.

Prior to joining Sinclair in 2012, Kristine worked as the evening anchor and White House Correspondent at RT America.

When she wasn’t in the White House Briefing room, she was often on the road, doing stories ranging from the impact of fracking in small U.S. towns to suicide on the Pine Ridge Indian Reservation to election coverage on the campaign trail in 2012.

She also spent four years working in her hometown - San Diego, CA – as a general assignment reporter for Fox 6 News (XETV) and then NBC 7/39 (KNSD).

Kristine got her start in Savannah, GA at WJCL/WTGS (ABC 22/Fox 28) where she was the local political reporter, covering the Savannah City Council and Chatham County Commission.

In 2011, she was selected to participate in the Thomson Reuters Global Security Fellowship in London.

She received her master’s degree from Northwestern University’s Medill School of Journalism and her undergraduate degree in History from Boston College.

Kristine and her husband Andrew reside in Potomac, Maryland and spend much of their free time trying to keep up with their two children, Eliot and Emerson.